ROUTES AROUND OLD BUILDINGS IN THEE CITY OF MADRID 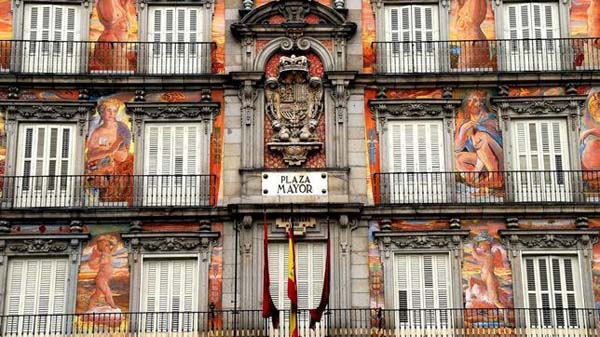 The denominated “Madrid de los Austrias” hoards some of the oldest buildings in the city of Madrid.

These properties maintain their former aesthetic and manor facade, its precursors wanted to imprint a detailed architecture during its construction. And these are the buildings that make Madrid a culturally rich city.

‘La plaza de la Villa’ for example, brings together the biggest concentration of historical buildings in the capital, in fact, it is flanked by the same original furniture: ‘La Casa de los Lujanes’ was built in 1460; famous for its horseshoe arch in the main facade of the building, and in 1494 ‘la Casa de Cisneros’ a small renaissance palace.

‘La casa de las Siete Chimeneas’, on the 31st of calle Infantas, from 1574, and the ‘Casa de la Panadería’, in the emblematic ‘Plaza Mayor’, from 1590, end the list of buildings built before the XVII century. A list that, because of justice, we should add ‘la Real Botica de la Reina Madre’, the oldest pharmacy in Madrid, located in the ’calle Mayor 59’ since 1578. 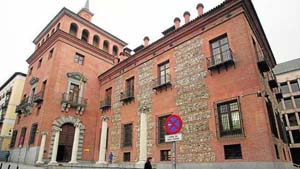 Information sponsored by Proinca flats for rent in Madrid

Written by Ana Calero
Degree in Business Studies from the Autonomous University of Madrid. She is part of the Proinca Apartments team and is a lover of Madrid.

EIGHT THINGS YOU CAN ONLY DO IN MADRID

« Previous post
ZOO AQUARIUM IN MADRID, OBLIGED VISIT FOR THE LITTLE ONES IN THE FAMILY
Next post »
AN AUTUMN DAY TO FEEL FREE AND ENJOY IN MADRID
It may interest you

Visit PROINCA Infanta Mercedes building
This website uses its own and third-party cookies to collect information in order to improve our services, to show you advertisements related to your preferences, as well as to analyze your browsing habits. If you continue browsing, it means acceptance of the installation of the same. The user has the possibility to configure his browser, if he wishes, to prevent them from being installed on his hard drive, although he must bear in mind that this action may cause navigation difficulties on the website. Cookies Configuration Accept
Privacy & Cookies Policy
Necessary Always Enabled